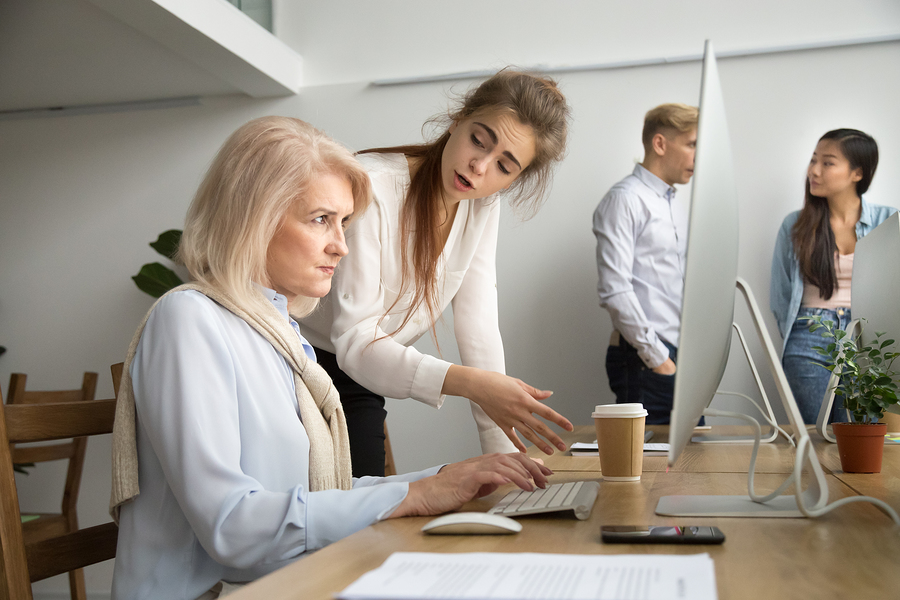 It’s the last acceptable form of discrimination. It happens every day, but it’s still against the law. From structured layoffs that seemingly target the “grey brigade” to blatantly only hiring people under 30, age discrimination is alive and well in the US workforce.It may come in the form of a question in an interview, such as “how long have you been working?” Or it may be in the form of comments such as the condescending age-related slur, “OK, Boomer,” which is central to an age discrimination case now in front of the US Supreme Court.But is age discrimination just for those considered “old?” Or is it for anyone over a certain age?

The Age Of Discrimination

Workers over the age of 40 are what’s called a “protected class.” That’s also when most workers start to see the so-called “writing on the wall,” and begin at least seeing age discrimination. Workers may begin seeing the effects as early as 35, especially since they know they could be next.The Age Discrimination in Employment Act of 1967 (ADEA) is intended to protect workers over the age of 40 from discrimination in employment-related situations. Unfortunately, the ADEA has not received the same level of attention as race, sex, or nationality discrimination.But is 40 “old?” Or is 40 really the new 60?Most people assume that the so-called Baby Boomer generation, born before 1964, is the target of age discrimination. However, members of the Gen-X generation, born from 1965 to 1979, are now over the age of 40, and in the same protected class. The upper limit of the “Millennial” are turning 40, so they, too, are becoming part of the protected class under the ADEA.Most of the age discrimination in Kansas City is seen by workers over 50, and very commonly by workers over 60. But’s not also uncommon for 40-year old employees to find themselves with less-than-favorable yearly assessments, bypassed for raises and promotions, or the subject of a sudden layoff with no discernible reason.The ADEA has been further weakened by a 2009 Supreme Court decision in the case of Gross v. FBL Financial Services Inc. The Court raised the standard of proof for age discrimination, and shifted the entire burden of proof to the plaintiff, which all but nullified the ADEA.You can read more in the EEOC’s fact sheet available on their website.

Discrimination Of Women Under 40

One form of age/gender discrimination is women of childbearing age who might become pregnant. Even though pregnant women tend to be under 40 (with the end date continually pushed forward), they can still feel the sting of discrimination simply due to their fertility status.A recent New York Times article found that pregnant women are still being discriminated against by corporate America. Even companies that proudly tout their women-friendly policies have been found to not only have a corporate culture that is unfriendly towards female employees, but profoundly discriminates against them when they become pregnant.Tactics include excluding women from training and promotion opportunities, layoffs close to due dates, forcing women to continue doing strenuous work when they shouldn’t, and outright firing women when they ask for a reasonable accommodation to continue their employment. Women who need their jobs are frequently insulted for their condition and subjected to demeaning remarks by males in the workplace at a time when they should be happy about the new addition to their families.The EEOC has seen a steady increase in complaints of pregnancy discrimination in the last 20 years. The Pregnancy Discrimination Act of 1978 says that it's illegal for employers to "fire, demote, reassign, or refuse to hire a woman for being pregnant." But as the New York Times article points out, employers aren’t really paying attention.

No matter what your age, chances are you’ll become old enough to understand ageism and discrimination in employment at some point in your life. That doesn’t mean you have to accept it.Popham Law has helped hundreds of employees who have experienced ageism at work and suffered for it. Discrimination and age-related bias are not acceptable, so don’t tolerate it.For a free consultation with the KC employment attorneys at Popham Law, contact our law office today at (844) 243-2288.