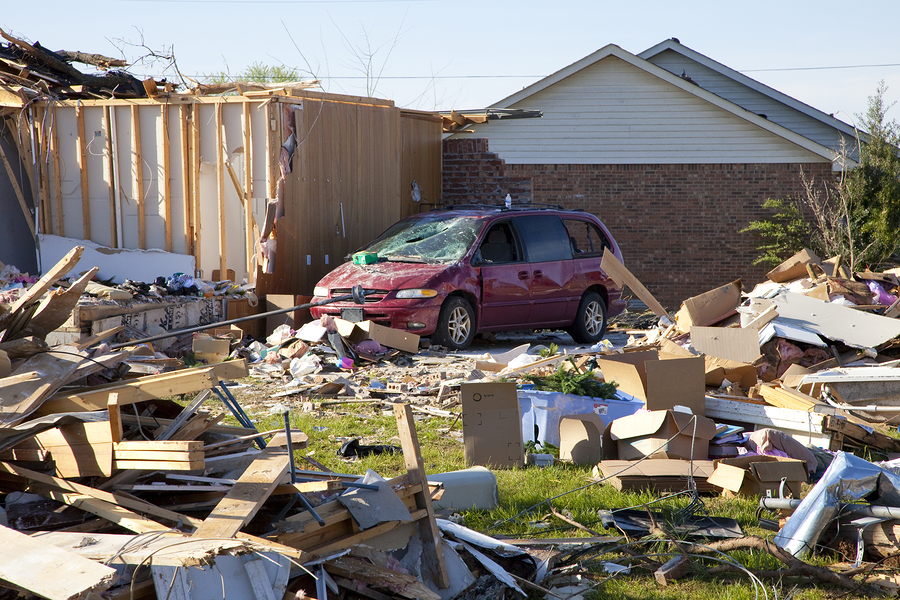 Who Is Responsible For Personal Injuries From Natural Disasters In Kansas City?

Natural disasters can be frightening wherever you live in the US. From occasional tornadoes, severe thunderstorms, hail, flooding, winter and ice storms, Kansas City regularly sees its share of Mother Nature’s fury. Missouri has received more than 40 federal declarations of natural disasters since 1990. Kansas City is also one of the top 24 cities most likely to be visited by a tornado, since it’s in the loosely defined area known as “Tornado Alley.” Just last summer, 20 counties received a federal disaster declaration.

Most people think of California as the state for major earthquakes, but Kansas City could also one day experience its own “big one.” Missouri is also home to the New Madrid fault line, which extends 120 miles in southeastern Missouri (called the "boot heel") as well as parts of northeastern Arkansas. The Missouri State Emergency Management Agency reports that New Madrid is actually a very active seismic area, giving Kansas City and many parts of Missouri the strong possibility of a major earthquake.Just last year, one Missouri small town not experienced three small earthquakes in a 60-minute period. An earthquake in Kansas City could be as devastating as Hurricane Katrina was to the Gulf Coast 15 years ago.

Along with damage to your home or property, it’s always possible you and your family may suffer injuries during the disaster.Floods, tornadoes, lightning strikes and other nature-related incidents are generally considered “Acts Of God,” something not man-made and completely unpredictable. Some insurance policies may cover “Acts of God,” but not specific calamities, such as earthquakes or flooding. These types of events require separate policies.Insurance—homeowner’s, renter’s, and/or medical insurance—may cover some of the damages, including your injuries, but every policy is different. Since natural disasters are usually outside the coverage of most policies, you may find limited coverage for your injuries, if any.

Was It The Act Of God?

An Act Of God may have caused your injuries, but that doesn’t exclude the possibility that someone else was responsible.It’s important to consider whether someone else’s negligence was involved, since you may not have suffered injuries if the hazard had been dealt with. This can also include instances such as a construction company, commercial installer or product manufacturer who incorrectly installed a home’s siding knowing that it would not hold up under high winds. The injury would be caused by the Act of God when the siding blew off, but wouldn’t have happened if the company followed correct installation procedures.

We’ve discussed premises liability on several occasions in our blog.While no one can predict when an Act of God will strike, it’s always important for owners to keep their property safe for visitors using reasonable care. Part of this duty of care is to ensure that there are no potential hazards should the wind pick up or the ground begins to shake.If a homeowner fails to address a potential hazard prior to a natural disaster, and a guest is injured as a result during the disaster, it is possible that the homeowner is responsible. The hazard was already there and known to the homeowner, but he or she failed to remedy the situation prior to the natural disaster which caused your injuries.

Even if your insurance company has told you they will not cover your injuries, it’s still a good idea to talk to a Kansas City personal injury firm to find out what your insurance company is not telling you. We can represent you to the insurance companies, and seek out options for compensation you may be unaware of.The Popham Law Firm is ready to help KC residents who have suffered injuries after natural disasters. Call us at (816) 221-2288 today or use our contact form. We’ll schedule an appointment and talk with you about how we can help.